The Mount Hebron and Orchard community is surrounded by the Patapsco State Park, most people know this. Did you know if you follow the river to the East you will find a town that is rich in history, abandoned – yet still alive? The town is Daniel’s.

Daniels was an industrial village that included stores, a railroad station, a school and several mill workers’ houses.

Today there is a dam, a church, a business and many stone ruins. Daniels was added to the National Register of Historic Places in 1979.

History
In the 19th century, Daniels was an industrial village that included stores, a railroad station, a school and several mill workers’ houses. The original settlement was formed in 1810 when the family of Thomas Ely came to the area and built a textile mill. The community around the mill was known as Elysville.

In 1853 the town was purchased by the family of James S. Gary and renamed to Alberton in honor of James’s son Albert. The factory remained with the Gary family.

1940 the Daniels Company bought the town and changed its name to Daniels. By the late 1960s, approximately 90 families lived in Daniels. The Elysville Manufacturing Company was incorporated in 1829, by Thomas Ely, to manufacture cotton textiles. The mill was erected between August 1845 and spring 1846. It was acquired by the Oskiska Manufacturing Company which went bankrupt, then by the Alberton Manufacturing Company in 1853, and the mill village was called Alberton at least through the 1870s.

The mill was then acquired in the 1860s by James S. Gary, who created still another firm which operated the mill until the 1940s, when the C.R. Daniels Company took control.

C.R. Daniels was a New York-based company founded in 1918 that manufactured sail cloth material. The company purchased the 500-acre Daniels mill and 118 houses in 1940 for $65,000, doubling its size by 1950, and eventually over 300,000 sq ft. The company produced a wide variety of canvas products and canvas covers with over 200 sewing machines to assemble patterns. Later specialties included fiberglass components and conveyor belts. In 1965, the mill phased out company housing, tearing down the historic buildings and churches. In 1972, flooding from Hurricane Agnes damaged or destroyed the majority of the buildings and mill site. In 1977 a fire destroyed the remainder of the mill. 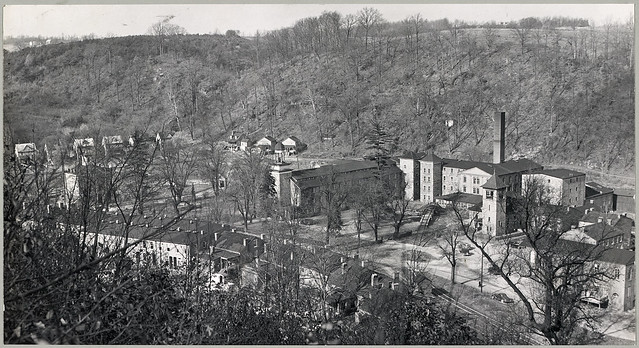 The Dam
The Daniels Dam features a display on fish spawning activity in the river and how the fish ladder works. This dam furnished 400 horsepower for canvas and denim mills and also generated surplus electricity for Baltimore Gas and Electric. Daniels was the most recent mill town to evolve around the dam. The town started in the 1840’s as Elysville. The mill changed owners a number of times and in the 1850’s the mill produced canvas tents for the Union Army. Note: Like all other dams on the Patapsco River, activity is prohibited within 300 feet of the dam. 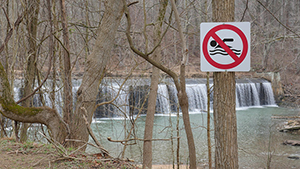 Church
Organized in 1852 to serve mill workers and residents in the town known at that time as Alberton (a mill town established in the early 1800′s) Gary Memorial eventually became a United Brethren congregation. The present church was built in 1879. The mill and town were sold to CR Daniels in 1940 and the name of the town changed to Daniels. In the mid 1960’s, residents were moved from the company housing which was demolished. In 1972, Hurricane Agnes flooded the entire valley including the mill, leaving only our historic granite church high on ‘Standfast Hill.’ The church became a United Methodist Church in 1968 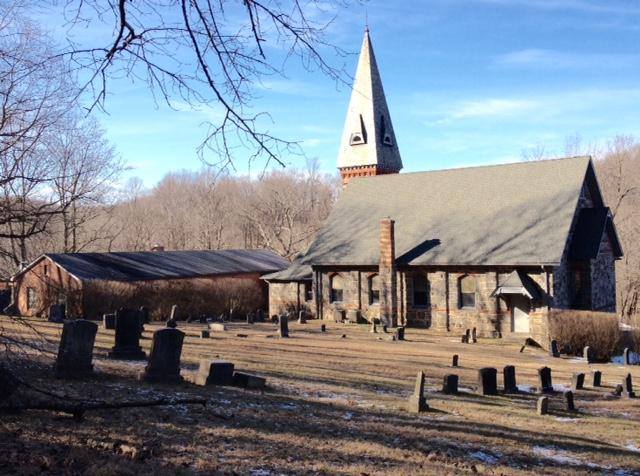 Ghost town
In June of 1972, tropical storm Agnes rolled through the Patapsco River Valley and destroyed most of the remaining empty buildings in Daniels. After it was flooded, the town was completely abandoned. You will now find stone ruins and rotting cars Most of the town is gone today, but certainly not forgotten. Daniels Mill was added to the National Register of Historic Places in 1979 and the Daniels Band helps preserve the heritage of the town, and each year a Daniels reunion is held to share the memories. 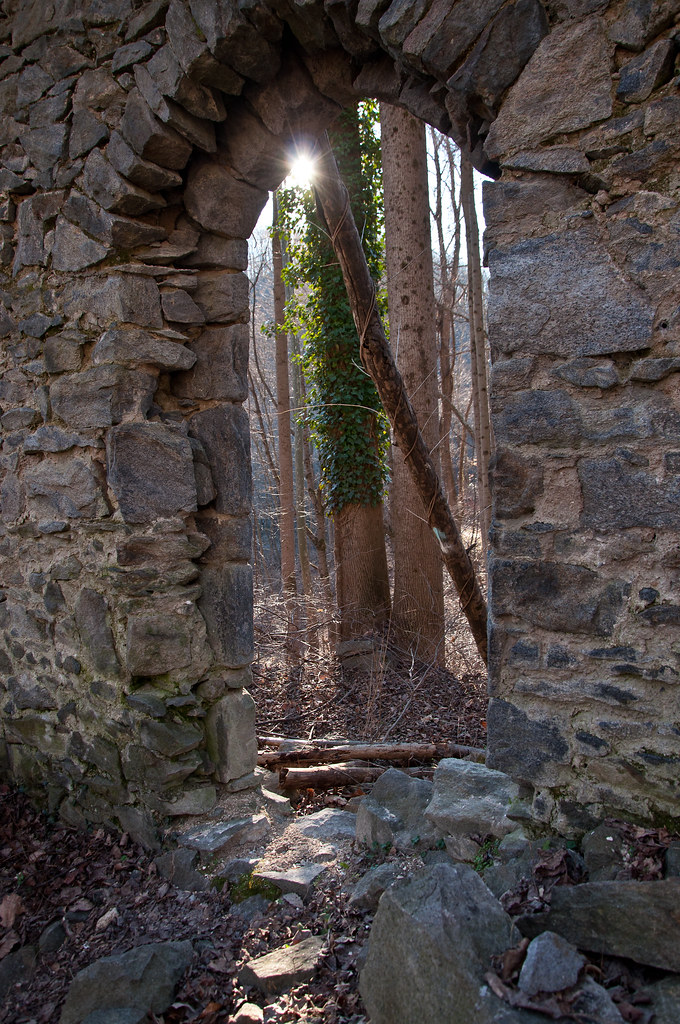 More information and photos, past and present.
Link 1
Link 2

There are no upcoming events at this time.